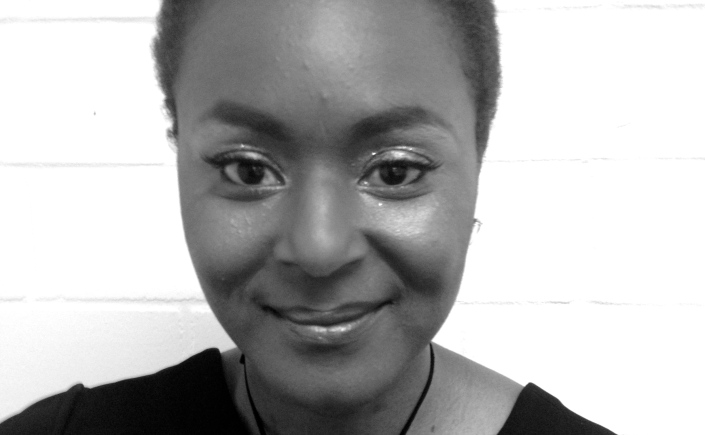 She began as a self-taught guitarist growing up in London cultivating her singer-songwriting world. Later the impact of theatre studies led to the development of other genres such as dance theatre with Laura Guarnera/Danal Guy Company and Yael Karavan, Butoh influenced physical theatre.
Louise broadened her musical influx performing with projects ranging from Mbase Jazz to
Rock/ Pop. She formed her eclectic band ‘Under Whole Egusi’ with London Arts Council funding,
while simultaneously becoming a founder member of vocal group ‘The Shout’ led by
Orlando Gough and Richard Chew.

Her participation in major concerts, music theatre and site-specific pieces with ‘The Shout’
spanned ten years enriching the diversity of soundscape in her life. She moved on to experiments
and compositions via electronic music production.

Louise Mills was then introduced to Germany through her work as an actress/singer in
‘Ensemble Modern’ trombonist Uwe Dierksen’s Musiktheater ‘Mavis’. After small solo guitar/vocal tours in Egypt & Swaziland supported by The British Council, she finally decided to set up home in Berlin. With Berlin as a base, Louise continues to work internationally as a performer, studio and backing vocalist.

Music releases include her own production works as well as the co-founded band ‘Meye Mind’ under BMG Rights Management.