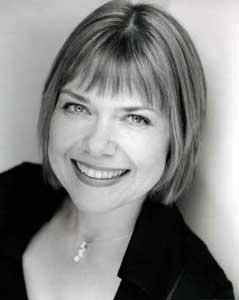 Louise has performed all over the world since the age of seventeen after leaving the Italia Conti Stage School. She sang with chart toppers Doctor and the Medics and Belle and the Devotions in the 1980’s appearing on radio, TV, and in festivals and concerts in England and Europe. After returning to college to study Jazz at the Guildhall school of Music and Drama Louise joined Big Band 40 Feet Forward, she appears on their album ‘Counting from the Left’. She also formed her own band and has performed at many London jazz venues. Louise recorded her own debut album in 2008 ‘Things in Life’ which has been featured on jazz FM and European radio stations. Louise first met Orlando Gough, co founder of The Shout, when she sang in his jazz opera ‘Hotel’ written alongside playwrite Caryl Churchill in 1996. She played the part of the Spanish bride in Emma Bernards production of Bluebeard at the Cochrane Theatre in conjunction with the London College of Fashion. More recently Louise has been working with singer songwriter Ronnie Haar performing his compositions inspired by his passion for birds and the natural world. They have been touring the south of England and performing in London.